The Ultimate Guide to Surrogacy in US

October 23, 2016 8:42 am, after three years of seeking the road of Ms. Zhou couples finally embraced their own baby. By holding the healthy, cute baby, Ms. Zhou cried. In order for the baby, she and her husband spent three years, , tried a variety of ways to get this precious baby.

Ms. Zhou and her husband met two months on the flash of marriage. After marriage, both want to enjoy the sweetness of the “two world”, so they plan to have children later. The fifth year of marriage, Ms. Zhou is 32 years old, two elderly people are anxious to have a grandson. Eventually, Ms. Zhou and her husband to put the “make people” on the agenda.

However, a year passed, Miss Zhou’s were not surrogate. The two of them went to the hospital for examination, the test results contrary to the couple’s surprise: Ms. Zhou bilateral tubal deformity, her husband has less refined sperm. Both of them have problems. In response to Ms. Chou’s physical condition, the doctor’s only advice is IVF.

So from 2013 onwards, Ms. Chou and his wife were removed at major hospitals in China for 4 IVF, but failed due to various reasons. Suddenly three years have passed, this time Ms. Zhou is 36 years old, however, Ms. Zhou couple “making plans” still hopeless, Ms. Zhou is very anxious.

By chance, at a friend’s recommendation, Ms. Zhou and her husband learned about third-party assisted reproductive services, and met Mrs. Cheryl, the founder of Granada Conceptions. They conducted multiple video diagnoses with American assisted reproductive doctor-Dr. Werlin. Through diagnostic analysis, Dr. Werlin believes that base on the age of Ms. Zhou, the success of ovulation basically has no problem; the success of embryo transfer is very high. However, taking into account the situation of Ms. Zhou’s uterus environment, it is recommended to choose through third-party assisted reproductive services to breed the baby. 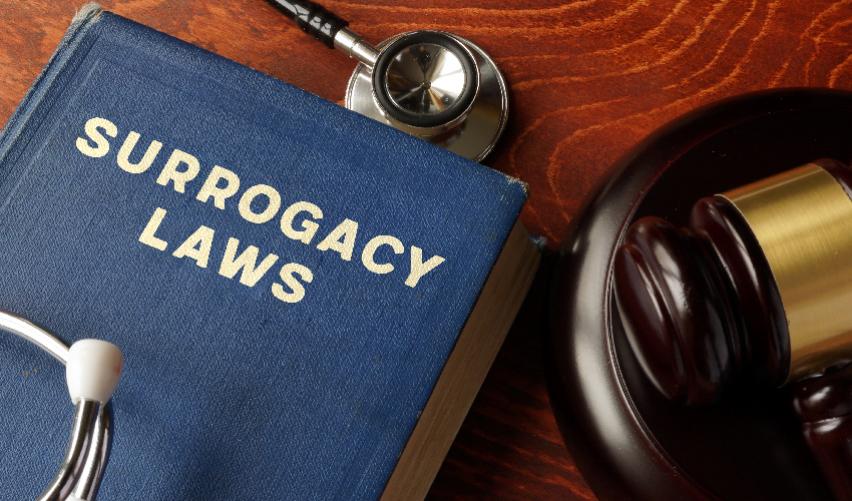 U.S. law requires that agencies (surrogate / donation), lawyers (legal processes), counselors (psychological assessment), insurance companies and IVF agencies (reproductive health) be involved in surrogacy or egg donation All agencies work their own part and work together to achieve the expectation of expecting mothers and children fully in line with legal protection.

Second, the world’s most advanced medical technology can screen for sex and eliminate genetic diseases.

The United States has the world’s most advanced IVF technology. Single-child transplant success rate as high as 80%, the domestic only 30% success rate. Not only that, you can choose the child’s own sex, but also through medical treatment to exclude children’s genetic disease. IVF technology in the country can not rule out deformed children, Down Syndrome, and a variety of integrated genetic diseases. 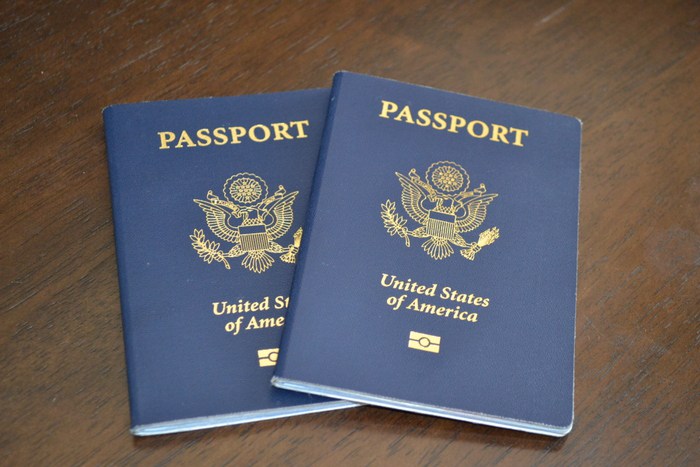 Because the baby is born in the United States, enjoy American citizenship.
1, Free public elementary and high school; 2, Social security number (SSN); 3, Access to the world’s top universities is easier than that of foreign students; 4. Tuition fees for public universities and postgraduate students in the United States are only 1/10 of Chinese nationality students, Can apply for scholarships and student loans; 5, children over the age of 21, parents can apply for immigrants (not waiting). It can be said that the best investment.

Where is the U.S. third-party assisted reproductive services legal?

1. Red: The law prohibits surrogacy, while offenders can be subject to legal sanctions, but how to impose sanctions is not expressly provided (eg, Washington, DC)

2. Blue: The law states that the surrogate agreement is invalid, but the surrogate behavior still exists and the surrogate party can not receive any return. Otherwise, it is illegal (the risk is borne by the individual) (for example, AZ, AZ)

3. Yellow: The law does not prohibit, but the surrogate agreement is not protected by law. Surrogacy clients must have custody of their children in an adoptive manner (example: LA, Louisiana)

4. Orange: The law allows surrogacy but with some conditions (for example: TX, TX)

7. Brown: The law does not expressly provide for precedent for surrogacy allowed by court rulings (example: PA, PA)

8. Purple, Army Green, Pink Blue: There is no relevant law, nor the precedent of court surrogacy

a. Purple: PBO is generally allowed (for example: Colorado CO)

b. Army Green: PBOs may not be available until the child is adopted and adopted through adoption (eg NC, NC)

c. Pink Blue: PBOs generally do not have to wait until the child is adopted to take custody through adoption (eg AL, AL)

[PBO: Pre-birth order means that the name of the surrogate parent can be added to the child’s birth certificate before the child is born

In the United States, mothers engaged in third-party assisted reproductive services do not need to be secretive. Most mothers in the United States nowadays are highly educated and high-income women, and their motives are different. However, one of the major motivations for many is to circle the dreams of a family, which they consider as lofty.

The first step: confirm the lawyer

As the third-party assisted reproductive services are highly contractual and legalized and the services provided by all parties are based on the arrangements of the relevant contracts, the surrogate-seeking parents must first determine their own lawyers and inform their lawyers of their wishes and requirements in detail In order to get the professional assistance of a lawyer. Surrogate parents and attorneys surrogate lawyers will coordinate the work, the development of pregnancy expectant mothers and surrogate mothers contract to protect their respective rights and interests, and to monitor the entire process of surrogacy to ensure the smooth and legal process.

For example, surrogate mothers are generally healthy women between the ages of 21 and 41, have no smoking, no alcoholism, no drugs, close family ties, and have had production experience. Third-party assisted reproductive services agencies have dedicated staff to surrogate mothers for pre-pregnancy education, psychological counseling to ensure that they are surrogate in a healthy mental and physical conditions, production.

At least one of the prospective parents to the United States for consultation, physical examination, selection of eggs / sperm, frozen sperm / egg.

The formation of embryos also requires the combination of sperm and eggs to form fertilized eggs.

The third-party assisted reproductive services organization will understand and assess the surrogate women through the following aspects:

Pregnancy and surrogate women signed an agreement to help pregnancy

Prospective parents need to employ an attorney for themselves as well as surrogate mothers, a practice primarily designed to define parental authority.

The seventh step: the establishment of funds, lawyers on behalf of the escort, to which step to pay to pay which step.

At the beginning of the service, the third-party assisted reproductive service agency will open a custody account to deposit the money, managed by a lawyer, and the customer may at any time check the balance in the account. Third-party assisted reproductive services, surrogate mothers, hospitals, clients do not have the right to dominate the funds deposited in the account, lawyers in accordance with the agreement and the law regularly withdraw a certain amount from the account issued to surrogate (1-2 months after embryo transfer) 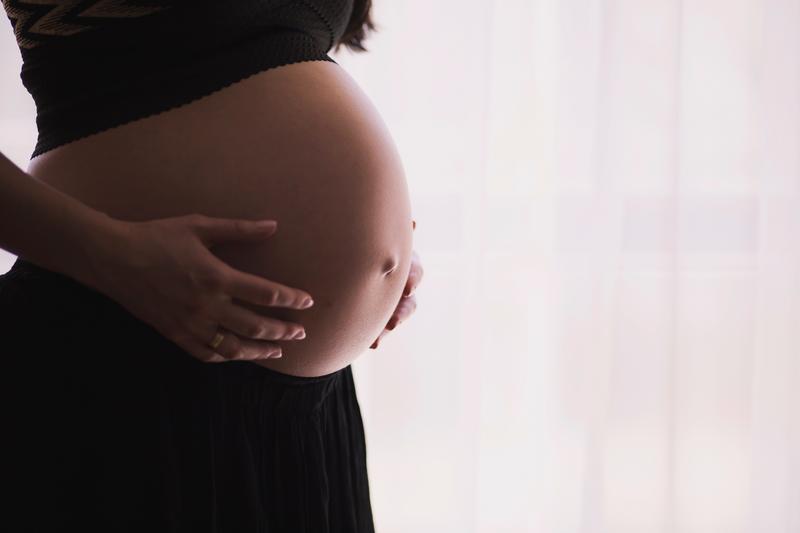 Assisting surrogate mothers 12 weeks surrogate, lawyers will start PBO process, within 8 weeks, the court will sentence the custody of the prospective parents.

The ninth step: confirm the identity, for documents

The child is born and the parent, with the help of a lawyer, processes a series of appropriate measures to identify the child (birth certificate, US passport, China Travel Pass).

Tips:
For ovarian function is better, the number of follicles, or choose to donate the surrogate who needs, you can select the surrogate mother in advance and determine as soon as possible, the better surrogate mother is very tight, too much will be hesitation Miss a good surrogate mother. Older surgeries with fewer follicles may be the best choice for surrogate women who have better quality blastocysts in the United States because there is no good blastocyst implantation within the agreed time after signing the payment , Surrogate mother’s contract will be canceled, the demand will suffer economic losses.

★ People who need to be able to return home after the surrogate mother succeeds in pregnancy, surrogate mother throughout the inoculation cycle of physical changes, birth control, and even daily life, can communicate with the needs of people by mail, or QQ, WeChat and other real-time communication, Demand people can grasp the latest situation of fetus and surrogate mother as soon as possible.

★ demand people (both men and women) at least twice to the United States, the first is to take eggs, sperm to cultivate embryos, the second is the child after the birth escort back. If the donor is required to donate eggs (or donate sperm) and surrogate her, he or she should go to the United States to take a sperm (or ovum) from her husband (or woman) and escort her to return home.

★ Need to reach surrogate women in the United States before pregnancy, arrived in the child after the full moon left, about 1 month to 1 and a half months. During this period, you will be accompanied by the Baby Professionals for the baby’s birth certificate, into the United States household registration, see pediatricians, vaccination and other follow-up issues. Neonates have to fly by the full moon.